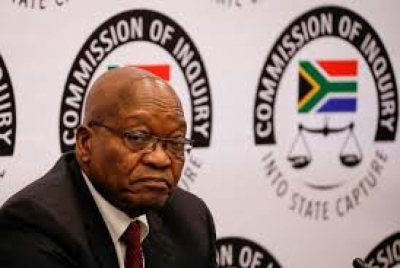 Lawyers acting for former president Jacob Zuma in the corruption trial due to start next month filed a formal notice of withdrawal in the Pietermaritzburg high court on Wednesday.

Mabuza Attorneys – the high-profile Durban-based firm that’s been representing Zuma for the last year – submitted a notice of withdrawal to the KwaZulu-Natal High Court.

"Be pleased to take note that Mabuza Attorneys hereby withdraw as the attorneys of record for Accused No.1," it read.

Aside from indicating that Zuma’s last-known address was in Nkandla, it said nothing more.

But the notice comes on the back of the Supreme Court of Appeal (SCA) last week having chucked out Zuma’s bid to overturn a judgment handed down by the North Gauteng High Court in 2018 which held that he had to foot the legal bill for his criminal case himself and saw him ordered to repay millions of rands the state had previously forked out. The total has now reached an estimated R25 million.

This is the third time Zuma has split with his legal team in as many years.

His long-time team of choice was attorney Michael Hulley and advocate Kemp J Kemp SC, who died of Covid-19 earlier this year. They went their separate ways in July 2018, though, when Hulley and Kemp were replaced by Daniel Mantsha and Muzi Sikhakhane SC respectively.

He hung on to Sikhakhane at the time but, according to reports, he too has now stepped aside.

Zuma and French arms dealer Thales are next month finally expected to go on trial over the controversial multibillion-rand arms deal struck back when Zuma was KZN’s MEC for Economic Development, in the 1990s.

Among the allegations is that the former president received an annual kickback of R500 000 – paid through his former financial adviser, Schabir Shaik – in exchange for shielding Thales from an investigation into the deal and he is said to have accepted a total of 783 dodgy payments from the company.

"Suffice to say, the state remains ready to proceed with the trial," he said.