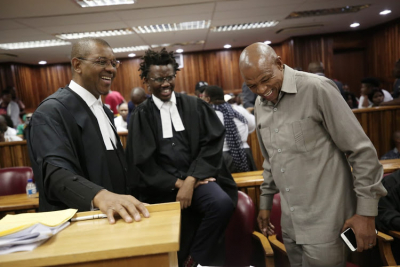 The interim provincial committee (IPC) of the African National Congress (ANC) in the North West has temporarily suspended its former chairperson Supra Mahumapelo.

According to his suspension letter the move follows a meeting which the former premier addressed in Potchefstroom, where he allegedly instructed JB Marks Local Municipality Mayor, Kgotso Khumalo, not to resign.

The IPC had earlier requested Khumalo to resign amid fraud and corruption charges.

IPC Coordinator, Hlomane Chauke, says Mahumapelo’s suspension will be in place until his disciplinary case has been concluded.

"Supra is one of those that we have temporarily suspended his membership due to ill-discipline and we have refereed the matter to the disciplinary committee. So we don’t want to comment further, the fact is that he is charged and therefore the DC will then deal with that matter. We have suspended his membership and it is not an issue about him. He is just an ordinary member and deployee of the ANC," says Chauke.

He says the committee will be writing to the ANC Secretary-General, Ace Magashule, to regulate Mahumapelo’s participation in the National Assembly.

Mahumapelo allegedly also failed to respond to queries about his conduct posed to him by the IPC.

In August 2018, the ANC removed Mahumapelo as its chairperson in the province and disbanded his provincial executive committee.

Twitter
More in this category: « NPA confirms the state received notice of withdrawal from Zuma’s lawyers. R11bn allocated into 26 universities infrastructure from 2020/21 to 2022/23. »
back to top