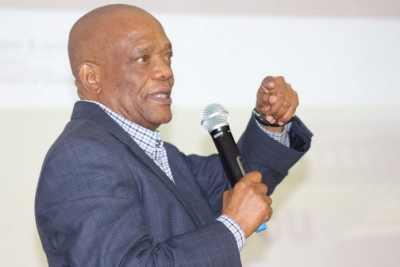 North West Premier Job Mokgoro has called for calm as the South African Broadcasting Corporation (SABC) is set to continue its plan to auction off property in Mahikeng.

This as the provincial government has taken note of recent developments within the SABC which relate to the ownership, rental and planned disposal of its non-core assets through an auction.

The non-core assets include a number of houses and the residential units known as Bop Flats.

In a statement, Mokgoro said the provincial government is also aware of the public discontent over the SABC’s decision, which is part of its turnaround strategy.

"The North West provincial government wishes to state that the SABC has been the lawful owners of properties owned by the erstwhile Bop Broadcasting Corporation since the advent of democracy; this following the transfer of mandates, staff and assets to the relevant state owned entities operating in the provincial and national government.

"The provincial government is currently pursuing engagements with the Ministry of Communication and Digital Technology and the SABC board; this in an effort to explore the possibility of alleviating the social challenges that may emerge as a result of this planned auction," Mokgoro said.

While the provincial government is aware that affected tenants have taken the matter to court, Mokgoro appealed to all citizens to allow judicial process to unfold without any form of disruption.

"We call on all to also avoid disruptions and illegal acts such as forced occupation of these properties, and that in the event of such illegal acts, the provincial government will have no choice but to deploy the law enforcement agencies to bring about order," the Premier said.

Mokgoro and the leadership of the provincial government are sympathetic to the plight of the affected tenants, and has committed to do whatever it can to provide the necessary support, should the need arise.