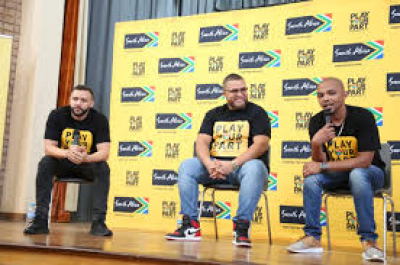 Brand South Africa has dismissed media reports portraying the entity as beleaguered and claiming that operations have ground to a halt.

"This coverage has been generated by unauthorised access to confidential and internal documents which contain inaccuracies and misinformation about developments at the entity," Brand South Africa said in a statement.

The entity said it continues to be an award-winning agency with senior management and staff that are committed to their role as custodians of the Nation Brand, supported by a highly competent Board of Trustees.

To this end, Brand South Africa wishes to state the facts as follows:

"As a responsible entity, we will not be drawn into discussions on ongoing internal matters with the media. We reiterate that the organisation has numerous management and governance structures supported by legally approved processes that address any issues that the organisation may be facing at any given point in time.

"It would be premature and irresponsible of us as an organisation to be commenting on ongoing unresolved legal matters within the organisation in the media," Brand South Africa said.

Despite the severe constraints imposed on the entity because of COVID-19, budget cuts, and a moratorium on the filling of vacancies, in the fourth quarter of the 2020/21 fiscal year the organisation achieved 92% of its targets.

"We have been agile in our response, and have found new and creative ways of ensuring that the mandate we are tasked with, namely to promote the Nation Brand, continues," Brand South Africa said.

Twitter
More in this category: « IEC gears up for its 'most challenging' local government elections. DBE publishes the updated lockdown regulations for schools. »
back to top