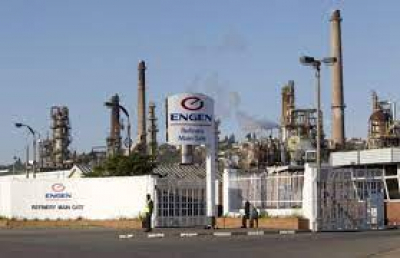 South Africa's oldest crude oil refinery, the 120,000 barrel per day plant operated by Engen (Enref), will be converted into a new storage facility because the refinery is no longer sustainable in the long term, the company said on Friday.

The refinery, situated on the eastern coast in the city of Durban, has been shut down since a fire in December damaged the plant that supplies around 17% of the country's fuel production and is South Africa's second largest crude refinery.

"The conclusion of the strategic assessment is that the Engen refinery is unsustainable in the longer-term," Engen's CEO Yusa Hassan said in a statement.

Engen is majority-owned by Malaysia's oil and gas firm, Petronas.

Hassan added that unaffordable costs to meet the government's cleaner fuel drive by upgrading refineries was another reason to convert the refinery operating since 1954.

The South African Petroleum Industry Association (SAPIA), which represents operators such as BP and Shell, said in January that local refinery operators were less likely to invest 40 billion rand ($2.8 billion) for these upgrades after the coronavirus pandemic.

Africa's most industrialised economy has five other refineries. It is a net importer of petroleum products.

Hassan said the new import and storage terminal was expected to be commissioned in the second half of 2023. He did not provide any cost estimates for converting the refinery.