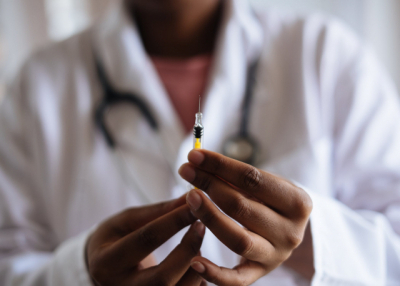 Minister of Health Dr Zweli Mkhize said in a statement the cumulative number of COVID-19 cases for South Africa is 1 574 370.

The minister added that the cumulative recoveries today stand at 1 500 360, representing a recovery rate of 95%.

Meanwhile US health regulators have lifted an 11-day pause on the Johnson & Johnson (J&J) Covid-19 jab, but will add a warning label about the potential for extremely rare blood clots.

A Centers for Disease Control and Prevention (CDC) panel earlier approved restarting US rollout of the shot.

Fifteen vaccine recipients suffered from a dangerous blood clot out of nearly eight million given the jab.

European regulators this month also linked similar, highly unusual blood clots to the AstraZeneca Covid-19 shot, but found the benefits of the drug outweighed any risks.

On Friday afternoon, the CDC and Food and Drug Administration swiftly followed the recommendation of the CDC advisory panel after it voted 10-4 to continue rolling out the vaccine for people 18 years of age and older in line with its original authorisation.

The decision means at least 10 million doses of the J&J vaccine, shipped from the company's factory in the Netherlands, can be deployed across the US immediately.

The health officials on Friday identified nine more cases of the blood clots, adding to six cases already identified since regulators first approved the jab as safe and effective in February.

All were women, most under the age of 50. Three died and seven remain in hospital.

About a dozen of the cases affected women aged 30-39. Seven of the women were obese, two had high blood pressure, and two were using oral contraceptives, according to health officials.

CDC officials who presented the data on Friday said a few cases of blood clots in men were being reviewed, too.

The officials also said it was important for women be told about the potential risks of the vaccine so they could decide whether to seek alternatives.

And US health officials are warning doctors that heparin, a common treatment for blood clots, can worsen the vaccine-linked condition.

Twitter
More in this category: « ANC FS makes U-turn on its bid to contest a Supreme Court of Appeal's (SCA) judgement. Massive public sector strike to go ahead as wage negotiations deadlock - Report. »
back to top