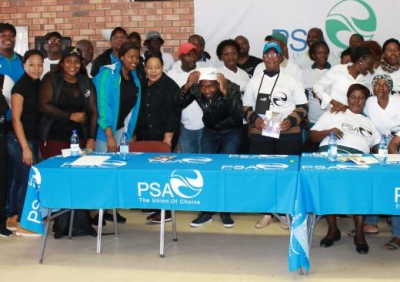 Public service unions will move ahead with planned strike action in the coming weeks, following a deadlock in wage negotiations with government.

The City Press reported that the government did not bend to unions’ demands for higher wages, and instead doubled-down on its position that there is no money to accommodate them.

Government's revised offer to unions on Friday (23 April) did not involve paying out higher wages by budgeting more money for it, suggesting rather to shift already agreed-upon money around, by taking resettlement funds and daily allowances and channelling those to higher wages.

This was rejected by unions, who called the idea 'absurd', Workers are demanding salary increases of CPI plus 4%. Local government authorities offered 2.8% in negotiations, while provincial and national government stuck to the 0% hike.

Union leaders said that a nationwide strike would depend on the government’s counter-offer on Friday. And having rejected that offer, and declaring a deadlock, unions have told members to prepare for strike action.

Ahead of Friday’s announcement, Public Service and Administration minister Senzo Mchunu said that the government has run out of options when it comes to wage hikes, as the country faces worsening financial problems which will push it towards a fiscal cliff.

He said that government is committed to collective bargaining with labour unions, but warned that its hands are tied.

"These are the most difficult negotiations between the government and organised labour which the country has ever faced," he said, adding that the main issues around the negotiations include:

"(We are negotiating) in good faith and with the utmost transparency under circumstances where National Treasury has unequivocally told the cabinet that the state has no money – each proposal by either of the parties must be taken seriously, holistically and comprehensively, "he said.