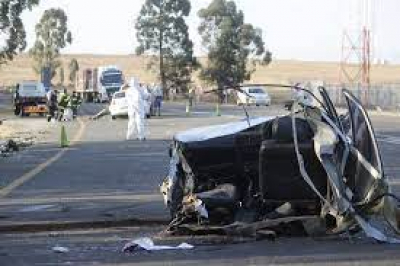 A child and three adults died in a "serious crash" on the N11 between Ladysmith and Newcastle in northern KwaZulu-Natal on Sunday.

Mckenzie said the passengers who died on the scene were two females, one male and one child.

He said three cars were involved and the cause of the accident was being investigated by police.

In a separate incident this morning Kwazulu Private Ambulance Service responded to Sugar Mill road for reports of a collision.

When emergency services arrived they found that 2 vehicles had collided.

Paramedics quickly assessed the scene and found that 2 occupants had sustained minor injuries.

The patients were treated on scene before being transported to hospital for further treatment.