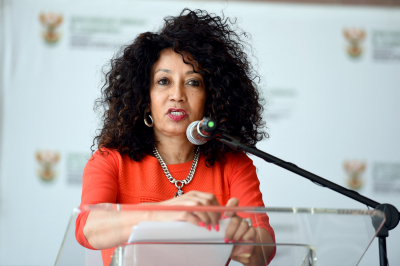 The 24 Cuban engineers the South African government has imported to help fix the country’s water crisis are not allowed to carry out engineering work unless their qualifications are thoroughly assessed and approved, or they are supervised by a registered engineer.

This is according to the Engineering Council of South Africa (ECSA), the country’s official body mandated by the Engineering Profession Act (EPA) to accredit engineering programmes, register persons as professionals in specified categories, and regulate the practice of such professionals.

ECSA CEO Sipho Madonsela said there are regulatory issues which prevent the government from using the Cuban engineers to carry out work on water infrastructure.

South Africa – through ECSA – is a member and signatory of three International Engineering Alliance (IEA) Accords – namely the Sydney, Dublin, and Washington Accords – that govern the recognition of engineering educational qualifications and professional competence.

"Being a member of the IEA places ECSA and South Africa on par with its international counterparts in terms of the quality assurance of engineering education, registration, and professional practice," Madonsela stated.

For this reason, the recognition of engineers from Cuba or any other country was not automatic.

ECSA was responding to the Minister of Human Settlements, Water and Sanitation Lindiwe Sisulu welcoming the arrival of the engineers last week.

Sisulu has called on South Africans to welcome the Cuban engineers who have arrived in the country to assist government’s efforts to deliver water and other related services.

"The engineers are in the country for three years and will assist in the area of infrastructure maintenance and operation skills throughout the water value chain from source to tap, with the majority being seconded at water/river clusters and at municipalities to provide training," Sisulu said.

Speaking at the recent welcoming ceremony for the 24 engineers, Sisulu said they will also assist with building capacity for South Africa’s candidate engineers and artisans in all the identified municipalities, and as such address water scarcity and infrastructure challenges in various provinces.

"We have over two decades of long standing government to government relations with Cuba and these engineers have come to South Africa to partner with us in our efforts to ensure that we improve the delivery of water and related services to the majority of our people, "Sisulu said.

The Minister assured that the engineers are not in the country to take jobs from the country’s engineers.

She said the engineers will be getting a stipend on a monthly basis.

"The budget that has been set aside will also cover accommodation, and goods and services. I want to refute claims that these engineers are in country to take jobs which could be offered to South Africans...that is not the case at all," Sisulu said.

Sisulu said she is confident that with the presence of the Cuban Engineers in the country, the journey the two countries have been travelling together from the days of the liberation struggle will ultimately lead to the betterment of conditions of living for the majority of South Africans, especially with regard to the provision of water services.

One of the Cuban experts deployed in the country, Lazaro Martinez Gonzalez, underscored that his team is in the country to serve its people.

Gonzalez gave the assurance that the engineers are well disciplined, professional and adequately qualified.

"We are committed to work very closely with our South African sisters and brothers, while we impart our knowledge and expertise in the field of water. We come in the spirit of immense humanity and solidarity," Gonzalez said.