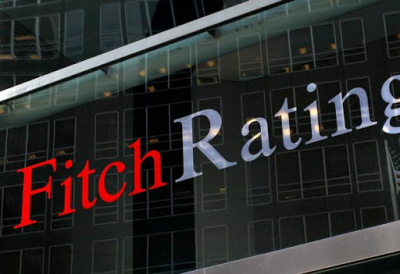 Credit ratings agency Fitch ratings says that Eskom’s load shedding is likely to continue for the near future, despite recent procurement initiatives the power utility has introduced.

In a note published on Monday (26 April), Fitch said that the power shortfall should be addressed in the medium-term by Eskom’s plan to improve the performance of its power plants, in turn reducing the usage of high-cost open-cycle gas turbines (OCGTs) and improving profit margin.

"However, any near-term delays in the implementation of the plan or increase in unplanned losses would increase load shedding for customers and costs for Eskom, further pressuring its standalone credit profile," it said.

It noted that the embattled power utility plans to decommission 3,340MW of generation capacity and bring online 3,200MW of gross new capacity by the financial year ending March 2025 (FY25), either of which could be delayed.

"New capacity will essentially comprise the remaining units at the Kusile and Medupi power plants, completion of which has been significantly delayed due to labour and technical issues. Since March 2020, Eskom has brought online two units at Kusile, equating to around 1,600MW of gross capacity."

Fitch said that Eskom’s available capacity is currently about 4,000MW lower than the peak demand level of about 34,000MW and significantly lower than its nominal capacity of about 45,000MW.

Fitch said that it views the 18 March 2021 announcement by South Africa’s Department of Mineral Resources and Energy to procure 2,000MW of emergency power as positive but insufficient.

"While the plan is to connect this capacity to the grid by August 2022, we believe it could be delayed by the time needed for construction. The technologies under the eight preferred bids span solar photovoltaic (PV), wind, liquified natural gas and embedded battery storage.

The government has also commenced the procurement for 2,600MW under the Renewable Energy Independent Power Producer Procurement Programme Bid Window 5, which closes on 4 August 2021 and has Eskom as the single buyer. We expect around 1,600MW to be procured from wind and 1,000 MW from solar PV."

Fitch added that the recent increase in planned capacity loss is due to Eskom taking the opportunity to increase reliability maintenance during pandemic-related lockdowns, which reduced energy demand.

"However, the gradual easing of lockdowns from September 2020 to February 2021 increased demand and lowered the energy availability factor (EAF) to 65% YTD."

Eskom targets an EAF of at least 70%. A lower EAF necessitates increased open-cycle gas turbines usage and, if below 65%, load-shedding to protect the integrity of the national grid.

Twitter
More in this category: « Hawks investigating claims of alleged theft totalling over R41 quadrillion. Judgment in the bail bid of Tshegofatso Pule's murder case reserved. »
back to top