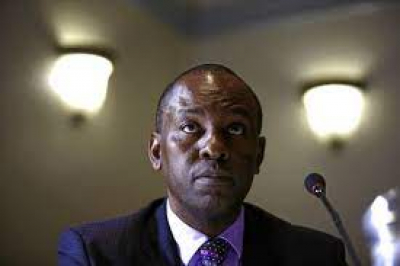 The inquiry will hear will evidence related to Eskom and Estina dairy farm project.

Zwane has admitted to the commission that he appointed two advisers without any knowledge of what they were doing for a living.

He told the commission that Malcolm Mabaso and Kueban Moodley were appointed as his advisers because he could trust them.

Both Mabaso and Moodley were in business with one of the Gupta brothers’ business associates, Salim Essa but Zwane insists that he wasn’t aware of their business interests.

“I think he was doing business. I didn’t go into detail because he was part time,”

Asked what kind of business Mabaso was doing, Zwane responded “I think he had done communications but I can’t remember his proper qualifications.”

Zwane has told the State Capture Commission that he had to use the Guptas’ private plane while on an official trip from Switzerland to India because he was sick.

He traveled to India to meet investors despite losing his voice, while on a trip to Switzerland.

Deputy Chief Justice Raymond Zondo asked Zwane why he couldn’t cancel his trip if he was sick.

He told the commission that his health challenges were nothing new.

"I was not well. Let me put it so, I thought that these ones are going there. So, I will get into these private jets of theirs, arrive in India and rest. It was a faster way of getting to India with the condition I was in.  I didn’t cancel the trip despite not feeling well because it was an issue that will go away tomorrow sic."