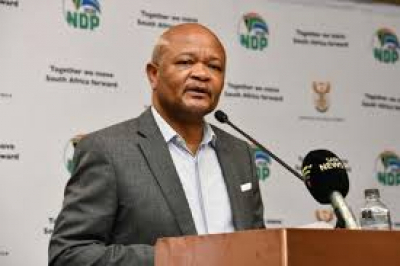 Public Service and Administration Minister Senzo Mchunu is calling on South Africans to come forward with proposals that might assist in resolving the deadlock between government and organised labour over the current public service wage negotiations.

This comes after government and labour reached a deadlock in negotiations on Friday.

The Minister held a media briefing last Thursday, and said these were the most difficult wage negotiations between the parties that the country has ever faced.

Mchunu based this on a number of factors, including the bad state of the country’s economy, COVID-19, the outcome in the Labour Appeal Court, with organised labour appealing the decision in the Constitutional Court, as well as the need for urgent reforms in the public service, to name a few.

Mchunu said negotiations have deadlocked, despite government having appointed a lead negotiator and responding to labour’s demands.

A number of proposals have been put forth by experts, such as economists and actuaries, as well as other individuals.

"The viability of those proposals is being probed," said Mchunu.

Government is keen on making further efforts to find a solution and in this regard, is inviting proposals.

Having elaborated on the four components that comprise the public service during the briefing, (namely citizens, government, the public service and public servants), Mchunu is making a call for proposals that might potentially resolve the deadlock in respect of the wage negotiations.

Citizens, professionals and civil organisations are all invited to assist in resolving the deadlock by providing proposals, including innovative ideas, on how best to improve government, citizen and labour relations.