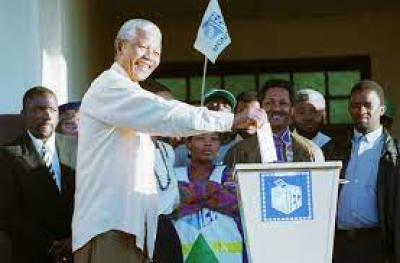 President Cyril Ramaphosa is set to lead the day's celebration under the theme "The year of Charlotte Maxeke, The meaning of Freedom under COVID-19".

He will deliver the keynote address in Botshabelo in the Free State.

Commemorated annually on 27 April, Freedom Day recalls the day when all citizens regardless of colour, culture and creed voted in the first democratic elections.

April resonates in the history of our nation as the month that saw the first democratic elections in 1994 that gave birth to freedom and a constitutional democracy.

The moment which changed the path of South African history came after long and tension-ridden negotiations held between 1991 and 1992.

The South African government, the African National Congress(ANC), the SACP and other liberation movements engaged in these talks.

The 1994 election paved the way towards a new democratic dispensation and a new constitution for the country. The elections took place in a peaceful and festive atmosphere, though there were threats of political violence.

Speaking at the first anniversary of South Africa’s non-racial elections President Mandela said; "As dawn ushered in this day, the 27th of April 1995, few of us could suppress the welling of emotion, as we were reminded of the terrible past from which we come as a nation; the great possibilities that we now have; and the bright future that beckons us. Wherever South Africans are across the globe, our hearts beat as one, as we renew our common loyalty to our country and our commitment to its future. The birth of our South African nation has, like any other, passed through a long and often painful process. The ultimate goal of a better life has yet to be realised. On this day, you, the people, took your destiny into your own hands. You decided that nothing would prevent you from exercising your hard-won right to elect a government of your choice. Your patience, your discipline, your single-minded purposefulness have become a legend throughout the world..."

Since political freedom in 1994 South Africans have strove to correct the wrongs of the past. We are still faced with a number of challenges such as crime, poverty, unemployment, racism and sexism amongst others. Freedom Day affords South Africans the opportunity to make a pledge towards fighting against the legacy of racism and economic inequality as well as renewing their loyalty to their country and their commitment to its future.

The great irony, of course, is that the areas which denounce the government can better influence it than those which support it. This speaks to an important reality: that the majority does not yet rule, even though the constitution says it should.

This ensures that South African democracy is vigorous – but only for a minority of the population. The insiders use their freedoms to engage in heated contest while the majority is forced to accept whatever they decide. Until this changes, South Africa will not deal effectively with poverty and inequality because those who need change most will remain unheard.