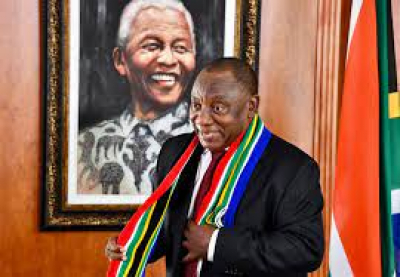 President Cyril Ramaphosa has highly criticised government officials who have been found to have used public funds for their own benefit.

Delivering his Freedom Day message in Botshabelo, Free State, Ramaphosa said it could not be, that 27 years since the first democratic elections, there were South Africans who still lacked basic services.

"Our people are still being deprived of the most basic services like water because of poor planning, incompetence of some of us and corruption by some of us," said Ramaphosa.

"Those tasked with service delivery do not care enough. Our people expect that those put in charge of improving their lives use the resources for that purpose. They should not steal resources that belong to our people and put them in their own pockets.

"Our people deserve better, they deserve the best that this country can give. We need to reflect on some of those missteps. We need to remind those in power that their preoccupation must be SA people, not themselves."

Even after almost three decades, the legacy of apartheid still determines what assets people can own, how safe they can feel and what schooling they receive and what jobs they can do," said Ramaphosa.

We must celebrate this day because it was hard fought for. Young people need to be told about the day. Today we have a country where all enjoy freedoms and human rights. We have a great constitution that is a shield and protection for all South Africans. We made great progress towards realising the rights of our people to a better life and advancing human dignity."

Ramaphosa further dedicated the day to women for playing a major role in the fight for freedom. He urged the South African National Defence Force (SANDF) to create space for women in higher positions.