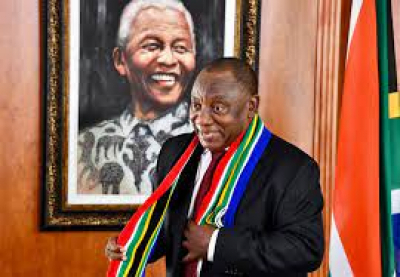 President Cyril Ramaphosa delivered a lengthy opening statement, which struck all the right notes. "I appear before the Commission not to make excuses or to defend the indefensible," he began. "The position of the ANC on leaders and members who have been complicit in acts of corruption or other crimes is clear.

Their actions are a direct violation, not only of the laws of the Republic, but also of the ANC constitution, its values and principles, and the resolutions and decisions of the ANC’s constitutional structures. Such members must face the full legal consequences of their actions."

These members "cannot rely on the ANC for support or protection, nor may they appeal to the principle of collective responsibility."

Ramaphosa further conceded: "State capture took place under our watch as the governing party... We all acknowledge that the organisation could and should have done more to prevent the abuse of power and the misappropriation of resources that defined the era of state capture."

But this is nothing new. Since launching his presidential bid in early 2017, on an anti-corruption ticket, Ramaphosa has been singularly honest about the extent of the problem of corruption and state capture in the party.

Platitudes and rhetoric aside, it was during the question and answer session that Ramaphosa shut off to an extent, resulting in deputy chief justice Raymond Zondo attempting to draw him back out.

While Ramaphosa defended the ANC’s deployment policies, he at the same time acknowledged weaknesses in deploying its members into the public service.

Live stream of today’s proceeding is below: