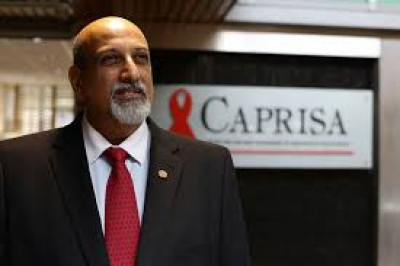 According to the South African Medical Research Council (SAMRC), the Science Council was established earlier this month to guide WHO’s science research.

The nine-member team comprises internationally renowned experts from around the world, who represent a broad range of disciplines encompassing many aspects of science – from basic research to public health implementation science.

The Science Council will ‘act as the voice of scientific leadership’, providing advice to the WHO to respond to health problems such as global health threats, interpret the latest scientific and medical knowledge, and identify the latest advances in technology to improve health globally.

Abdool Karim will guide the advancement of the organisation’s mission, including the identification of current and new science and technology issues that WHO needs to address for direct or indirect impact on global health.

Abdool Karim presided over the Ministerial Advisory Committee (MAC) on COVID-19 before he stepped down in March.

The MAC positioned South Africa as one of the leading nations in the emergency response to the COVID-19 pandemic.

Abdool Karim is a Director and Co-Founder of the Centre for the Aids Programme of Research in South Africa (CAPRISA), former President and CEO of SAMRC and now Director of the HIV-TB Pathogenesis and Treatment Research Unit.

The Professor has been recognised for his immense scientific contributions to HIV prevention and treatment, and his COVID-19 research in South Africa and abroad.

Abdool Karim said pandemics such as Aids and COVID-19 have highlighted the important role of science in global health.

"I am looking forward to participating in this council providing scientific advice to WHO on future developments in health that the world needs to be better prepared for," said Abdool Karim.

WHO Director-General, Dr Tedros Adhanom Ghebreyesus, said: “A key part of the transformation has been to strengthen WHO’s scientific work, so that we are not just keeping up with the latest scientific developments but staying ahead of the curve, and harnessing the best science for global health.”

With the advent of COVID-19, Ghebreyesus said science has never been so critical to addressing challenges to global health.

SAMRC President and CEO, Prof Glenda Gray, who also co-served with Abdool Karim on the MAC, congratulated him on his appointment.

"This global recognition of the hard-working Prof Abdool Karim is testimony yet again of the calibre of health professionals and the high level of expertise that we have in South Africa. As the SAMRC and the broader scientific community in the country, we are very proud and will continue supporting him in this venture for the improvement of the lives of people," said Gray.

Twitter
More in this category: « SIU to probe alleged corruption in Ekurhuleni metro. DMR urged to conduct a review of fuel price including alternatives on taxation. »
back to top