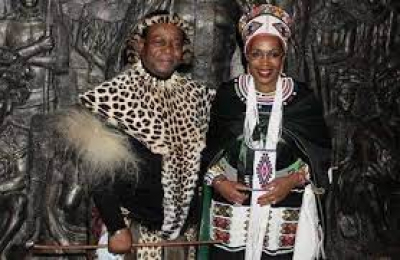 Prince Mangosuthu Buthelezi Traditional Prime Minister to the Zulu Monarch and Nation confirmed in a statement on Thursday night.

"It is with the deepest shock and distress that the Royal Family announces the unexpected passing of Her Majesty Queen Shiyiwe Mantfombi Dlamini Zulu, Regent of the Zulu Nation. This has taken us by surprise and left us utterly bereft. It is true that the Lord alone knows the days that He has allotted to each one of us."

Buthelezi said on behalf of the Royal Family, he wished to assure the nation that while they were rightly grief-stricken, there will be no leadership vacuum in the Zulu Nation.

"Further announcements on Her Majesty’s funeral and the necessary arrangements will be made in due course. May Her Majesty, our Regent, rest in peace."

She was admitted to hospital last Wednesday. Her hospitalisation comes while there is looming division in the royal family over who should be her adviser.

Queen Mantfombi, the third wife of the recently deceased Zulu King Goodwill Kabhekuzulu, was elected regent while the royal family was in a three-month mourning period before the next monarch was named.

She was considered for the position among the king’s five wives because she was born from the royal family of Eswatini by King Sobhuza II.

Her first son, Prince Misuzulu is the front runner to the throne, and was expected to be announced once the mourning period has lapsed.