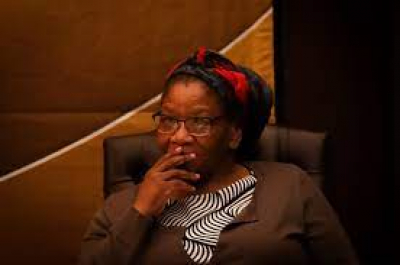 This was after Modise’s legal team brought an application to have six counts of animal cruelty against her discharged in terms of Section 174 of the Criminal Procedure Act.

The court found Modise could not be held responsible for the crimes committed on her North West farm.

She was privately prosecuted by AfriForum’s private prosecution unit on behalf of the National Council of Societies for the Prevention of Cruelty to Animals (NSPCA). In 2017, the National Prosecuting Authority (NPA) decided it would not prosecute Modise.

Modise was represented by advocate Dali Mpofu who on Thursday brought the application for discharge.

According to the charge sheet, some animals were found dead on the farm and others were neglected and in an ill-treated state.

More than 50 pigs and a number of other animals, including sheep, chickens and geese, were already dead when the NSPCA first inspected the farm. A further 224 animals had to be euthanased, the charge sheet read.

Modise pleaded not guilty to the charges against her and maintained she was innocent.

The court found that the caretaker of Modise’s farm should be held responsible for the crimes and subsequently found her not guilty.

The case stems from the NSPCA obtaining a warrant in 2014 to inspect the animals on a farm in Modderfontein in the district of Tlokwe belonging to Modise. A tip-off indicated that the animals on the property had been abandoned.

Twitter
More in this category: « R350 COVID-19 special grant comes to an end amid calls for extension. SAA comes out of business rescue after 17 months. »
back to top