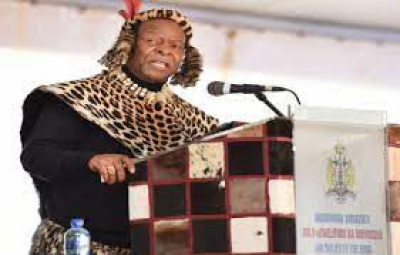 The first wife of the late Zulu King Goodwill Zwelithini kaBhekuzulu is reportedly heading to court to interdict the coronation of a new ruler of the AmaZulu nation amid allegations that the king’s will could have been forged.

This comes as the royal family is in mourning following the unexpected death of queen Shiyiwe Mantfombi Dlamini Zulu, 65, regent of the Zulu nation.

She died on Thursday night at Johannesburg’s Milpark Hospital.

According to an Independent Online report, Zwelithini’s first wife, MaDlamini, is challenging the will at the Pietermaritzburg High Court on the basis that they were married in a civil rites marriage.

A royal faction loyal to MaDlamini apparently has concerns with the validity of all the king’s traditional marriages which came after the civil one, hence the queen is going to court.

This was reportedly confirmed in a statement issued by the faction via a public relations company.

"We wish to confirm that there two pending matters before the courts in relation to the estate of his majesty, the late King Goodwill Zwelithini of the Zulu nation.

"The first matter relates to the declarator of the late monarch’s civil union vs the subsequent ’customary’ unions, in order to deal with matters of inheritance and succession to the throne," reads the statement.

The second matter has been reportedly filed by two of the king’s daughters with MaDlamini.

Princess Ntandoyenkosi and Princess Ntombizosuthu alleged the will in the royal family lawyer’s possession could be fraudulent and want to interdict its execution until the document is confirmed.

This apparently relates to the "handling and signature of the document".

It has also been reported that MaDlamini allegedly pocketed around R4 million mourners gave to the royal family after the king’s death in March this year. There are also claims that she is fighting for 50% of the late king’s estate and funds from the royal budget.

Twitter
More in this category: « SABC denies failing to pay workers salaries and severance packages. Government raises concern over slow pace of transformation in the labour sector. »
back to top