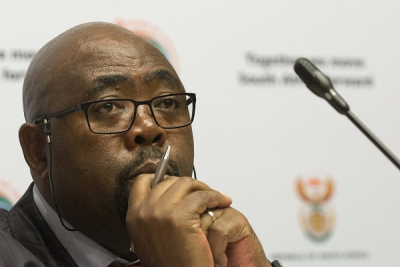 There have been meaningful changes to the lives of workers in South Africa over the years, says Employment and Labour Minister Thulas Nxesi.

"[Workers’ Day] has also translated to meaningful changes to the lives of workers particularly when it comes to the conditions of service, the inclusion of vulnerable workers under the Minimum Wage agreement, and efforts to ensure that workers are safe on the shop floor through inspections and other interventions," said the Minister.

The Minister’s comments come as workers around the world commemorate Workers’ Day which is celebrated annually on 1 May.

Nxesi said the Department of Employment and Labour has driven legislative amendments and ensured that new laws are promulgated, to ensure that the struggles of the Haymarket workers – and other workers here and around the world – whose protests helped ensure the achievement of the many improvements to working conditions is honoured.

"There are other supporting pieces of legislation, which further give impetus, and support to a better life for all workers. This includes the Unemployment Insurance Act and the Compensation for Occupational Injuries and Diseases Act. The last two give real meaning to taking care of the workers in this country as they provide a critical social protection floor for those who find themselves in difficult position – whether through being jobless or injury or occupational diseases," he said.

A testament to the lasting value of these pieces of legislation can be seen in the role that the Unemployment Insurance Fund (UIF) played during the COVID-19 lockdown through the cash disbursement of some R60-billion to workers through their employers.

The contribution by the department through the UIF was part of the government-wide basket of services to mitigate the worst effects of the lockdown.

"It is the changes like these that we have effected and have shown not only resilience but have proved to be the game changers in how we have dealt with the worst effects of the pandemic."

"This is a significant step. What this means is that all the domestic workers will be covered and also as a result of the Constitutional Court ruling, this coverage is going to be retrospective to 1994."

Nxesi also spoke of the need to ensure transformation in the labour sector.

"We are also mindful of the slow pace of transformation and to that extent, we are also giving teeth to the enforcement of the Employment Equity Act so that we can start to see real change to the face of the industry. The amendments are intended to move transformation forward by giving the Minister the power to set targets in consultation with the economic sub-sectors."

He said studies have shown the positive impact of the National Minimum Wage legislation for vulnerable industries like farming and other sectors where exploitation is rife.

The minimum wage is a tool to ensure that vulnerable workers do not fall below the poverty line and it is designed to reduce inequality and huge disparities in income in the national labour market.

Another envisaged win for workers is in the amendments to the Occupational Health and Safety Bill which is out for public comment for another 30 days. The bill proposes to empower workers to refuse to perform unsafe and dangerous work without fear of victimisation.

"All of these changes are a testament to the government’s willingness to listen to all sides but particularly to the champion the cause of workers which is the very embodiment of Workers’ Day and which is an honour to those men and women who paid the ultimate price, fighting for the liberation and this country as well ensuring humane working conditions.

"We are celebrating these achievements. We are also making a commitment to work even harder to ensure that the jobs that workers already have are secured. [This is] through interventions like Labour Activation Program as well as supporting industry in distress through Temporary Employees/Employers Relief Scheme.

"Both schemes are underwritten by the UIF which is a testament to prudent investment by the fund. For us as a department, these supporting investments are evidence of our commitment to support and create employment," the Minister said.

These interventions are in line with government’s efforts to mitigate high unemployment as a result of the COVID-19 pandemic as well as unemployment occasioned by the technical recession that the country has experienced.

"The President is leading from the front and through the Project Management Office in the Presidency, mass employment strategies are already being implemented in earnest, "said Minister Nxesi.

Twitter
More in this category: « Zulu royal family rocked by claims that King's will may have been forged - Report. JHB residents urged to make alternative arrangements amid Metrobus strike. »
back to top