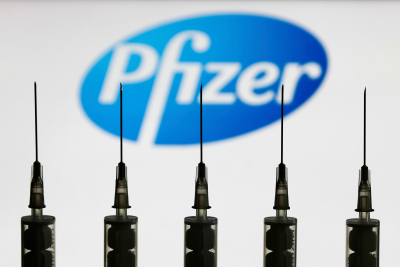 Health minister Dr Health Mkhize has announced that the first batches of Pfizer vaccines will land at OR Tambo International Airport on Sunday evening, 2 May.

"Upon arrival, the entire batch will be transported initially to a central warehouse. Samples will be sent to the National Control Laboratory for quality assurance and, after release, will be distributed to the provinces.

Mkhize also said they have received communication that the Johnson & Johnson doses are "dispatch in Gqeberha are expected to be released around the middle of May."

This is because of the protracted safety verification process with international regulatory agencies such as FDA, EMA and SAHPRA). A precautionary measure after the findings during inspection of Emergent BioSolutions Bayview facility in the United States of America, one of the manufacturing partners of Johnson and Johnson, which prompted the authorities to extend their assessments of all Johnson and Johnson stock worldwide, the minister said.

"We are confident that the final outcome will be positive and that, provided there are no further disruptions, Johnson and Johnson will be in a position to release the stock from the Aspen plant in Gqeberha by the middle of May. The stock is currently finished and ready for dispatch."

The vaccination of healthcare workers will continue with the Johnson and Johnson vaccines received earlier this year through the Sisonke Protocol. Mkhize called on healthcare workers and citizens over the age of 60 including traditional healers to register to get vaccinated.

Mkhize again encouraged all healthcare workers, including traditional healers, and people 60 years and older to register to receive the vaccine.

Twitter
More in this category: « Livestream:Senzo Meyiwa murder suspects back in court. State Capture Commission to lay criminal charge against Dudu Myeni. »
back to top