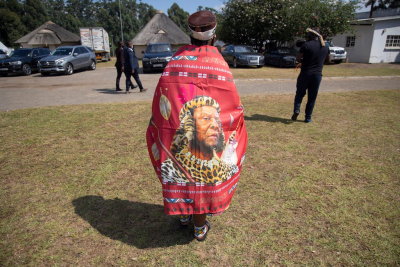 Regent of the Zulu nation, Queen Shiyiwe Mantfombi Dlamini Zulu, will be buried at a private funeral at night on Thursday.

The private burial of the 65-year-old daughter of the late King Sobhuza II of Eswatini and sister of King Mswati III, will take place in private and in the thick of dawn (all Swati royals are buried like this) on Thursday.

Announcing the funeral’s details this morning, Prince Mangosuthu Buthelezi, the traditional prime minister to the king and the Zulu nation, said a memorial service will take place on the following day, Friday.

"On behalf of the Zulu Royal Family, I hereby inform the nation of arrangements that have been made for the funeral of the late Regent, Her Majesty Queen Shiyiwe Mantfombi Dlamini Zulu. On Wednesday May 5. Her Majesty’s body will be transported from Johannesburg to her Royal Palace of KwaKhangelamankengane in Nongoma, KwaZulu-Natal, where preparations for her burial will take place on Thursday.

"In line with her wishes, as was done for His Majesty the King, Her Majesty will be interred at the crack of dawn in a private burial. As confirmed by her children, Her Majesty wished to be buried at her Royal Palace. Having discussed this with the Queen Mother, Queen Mayvis maZungu (wife of the late King Bhekuzulu, the father of late King Goodwill Zwelithini), it has been agreed that everything must be done in accordance with the late Regent’s wishes.

"A memorial service will be held on Friday at KwaKhangelamankengane Palace, which will be presided over by the Seventh-Day Adventist Church to which Her Majesty belonged. It is expected, however, that His Grace the Archbishop of the Anglican Church will also participate, "Buthelezi said.

Due to Covid-19 limitations, Buthelezi said only a few would be allowed to take part in the memorial service.

The Zulu royal family has been rocked by claims that King Goodwill Zwelithini's will may have been forged — and further shaken by a court bid by his first wife to interdict the coronation of a new ruler.