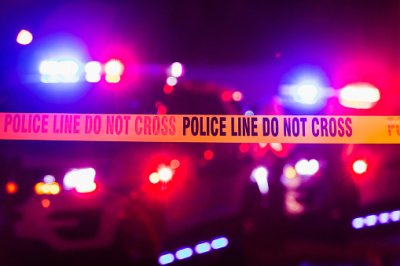 North West police are investigating an attempted murder case after a 45-year-old teacher was admitted to hospital with stab wounds.

The women, who is a teacher at Tshefoge Primary School in Jericho near Brits, was stabbed multiple times by her 63-year-old boyfriend in her classroom on Monday morning.

According to North West police spokesperson Adele Myburgh, the man, who is reportedly a teacher at the Tolamo Primary School in Letlhakaneng, entered the classroom full of pupils wearing a balaclava and proceeded to stab the victim with a knife.

"Police are investigating a case of attempted murder," Myburgh said.

Myburgh said upon arrival at the scene, the police found that the suspect had been assaulted by community members and was taken to a local clinic.

"The victim was already taken to hospital and she is in a very serious condition in hospital. The suspect was then taken by police to a local clinic to be treated for slight injuries."

The suspect is expected to appear in court soon.

"The department is very much disturbed and disappointed by such a heinous and barbaric incident which happened at  our schools allegedly perpetrated by one of our educators.

"I wish to condemn it in its strongest terms. Gender-based violence is not welcome in our schools. This has also traumatised our learners since it happened in front of them. I wish to thank the staff members who braved themselves and apprehended the suspect," Matsemela said.

In a separate incident two men and a woman are expected to appear in court on Wednesday after they were caught in possession of drugs estimates to be worth R5.5 million, said the South African Police Service (SAPS).

The arrest of the 30 year-old woman and the men aged 39 and 32 comes after detectives from the Organised Crime, Narcotics unit in Vredendal followed information about a vehicle transporting drugs to Cape Town on Monday afternoon.

According to the Office of the Provincial Commissioner in the Western Cape, detectives assisted by provincial traffic officials pursued the vehicle.

"The suspects will appear in court in Klawer on Wednesday on charges of possession of drugs and dealing in drugs. The operational response of all parties involved is applauded by the Western Cape SAPS management as efforts to rid communities of drugs gain momentum," said the police in a statement on Tuesday.