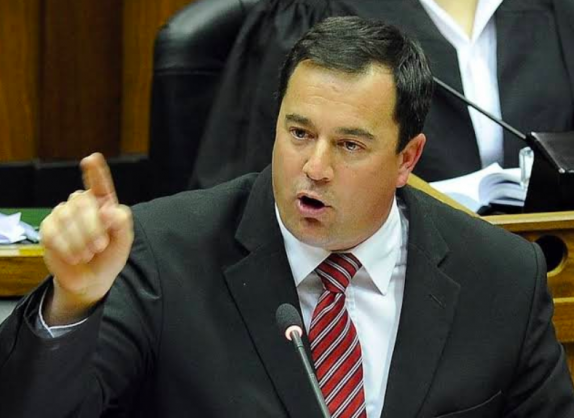 The Democratic Alliance (DA) has announced that former chief whip John Steenhuisen has been elected as the new Parliamentary Leader for the party.

DA caucus chairperson Annelie Lotriet said that nominations officially closed Friday night at 20:00,the position was uncontested with only one nomination.

"She added that the DA's parliamentary caucus looks forward to working with Mr Steenhuisen and he can be assured of our support."

Meanwhile John Steenhuisen's term as chief whip was linked to Mmusi Maimane’s, meaning his term would end with the former DA leader’s.

Let me be clear: I have NOT resigned from the @Our_DA or Parliament. The Leader of the party appoints the Chief Whip. With Mmusi’s resignation from Parliament my term as Chief Whip ends. I remain a committed and determined member of the party and cause.

Earlier on Thursday, Maimane confirmed that he had resigned from both parliament and the party, following his announcement on Wednesday that he would be stepping down as DA leader.

“I have worked tirelessly to build the project of One SA for All. It’s been my greatest honour to serve the people of SA and will continue to do so. I have today resigned from the DA and Parliament. Thank you to the people of this country for your faith in our nation. God bless SA,” he tweeted on Thursday morning.

The DA's Federal Council (FedCo) will meet on November 17 to elect an interim leader and interim chairperson of the party, FedCo chair Helen Zille tweeted on Friday.

2) On 17 November we have a special Federal Council to elect an interim leader and an interim chair.
Full Congress in April 2020. In the meantime, all structures are functional and stable. Parliamentary caucus elects a new leader within a week, who will appoint a new Chief Whip.

Tweet
More in this category: « October 26 marks the fifth anniversary of Senzo Meyiwa's death. Life Healthcare Group has suspended Peter Beale following the allegations of negligence. »
back to top