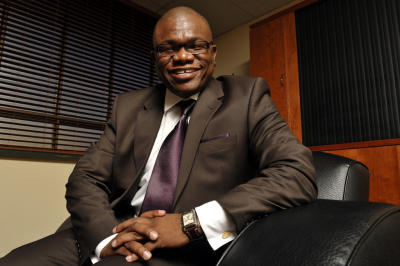 City of Joburg executive mayor Geoffrey Makhubo has announced that the city has formally adopted the provincial government’s plan to develop a smart city in Lanseria – with a proposal that an additional smart city be developed in the Deep South region.

During his 2021 State of the Nation Address, president Cyril Ramaphosa outlined plans for a new smart city in Gauteng, which is aimed at changing the "social and economic apartheid architecture". The smart city project will be located in Lanseria.

The plans for the Lanseria Smart City – first known as Cradle City – started in 2007 with the idea of creating South Africa’s first city built around an airport.

The project began to make headlines after it was mentioned in the president’s 2020 state of the nation address and premier David Makhura’s Gauteng state of the province address.

Further details about the project were made public, which included that Property Investments, in cooperation with the Gauteng Department of Human Settlements, would develop the Lanseria Airport City Mega Project over a ten-year period.

Crosspoint has also partnered with the Public Investment Corporation (PIC) to develop a 90-hectare mixed-use commercial precinct – the Lanseria Business District – as part of the project.

"The Lanseria Smart City project is expected to contribute towards the creation of new regional city nodes which will result in the attraction of investments into the area, as well as provide for a conducive environment for job creation and opportunities for communities in and around the Lanseria area," Makhubo said.

"We in the Johannesburg administration see this as a perfect opportunity to encourage the evolving of our city toward a Smart City as not merely a 'Nice-to-Have', but instead as an absolute necessity for this city to retain its status as the economic hub that supports and determines the growth trajectory of South Africa."

The smart city will feature rainwater harvesting and solar energy to limit its carbon footprint, and aims to move urban sustainability beyond existing paradigms of planning, engineering, and urbanisation to increasingly appropriate levels of sustainability and innovation.

There is a strong focus on limiting the need to commute using cars. Any commuting should, by default, be by non-motorised means, namely walking or cycling or, where necessary, using public transport.

In planning terms, people must be able to walk to work, and shopping malls, or schools should be within 5 minutes (400 metres) and 10 minutes (800 metres).

The Lanseria Business Gateway will be located on 130 hectares of prime real estate between Lanseria Airport and the upmarket Blair Atholl Golf Estate. It will be a 24-hour smart city zone that will offer retail, conference, and business facilities. It will also host the Lanseria luxury hotel.

Makhubo said that that the concept of a high-tech and integrated city should not be limited to the Lanseria development, and that the city should consider building an additional smart city in the Deep South.

Orange Farm was specifically mentioned by the mayor as being a focus for development projects, where the city is working on updating the Urban Development Framework (UDF) for the greater Orange Farm area.

Makhubo did not hold back from taking a shot at the DA coalition government which took over the city in 2016 and was voted out of power late in 2019.

"We inherited an institution not only lacking experience, but one that was riddled with governance failures, in areas of procurement, as evidenced by the challenges around fleet management.

"The policies of insourcing although well intended, good intentions were peppered with maladministration and corruption threatening the stability of the institution from within and outside," said Makhubo.

Meanwhile former mayor Herman Mashaba said in a statement the corrupt Mayor Geoff "Gupta" Makhubo confirmed what all Johannesburg residents already know – that under his tenure, the City of Johannesburg has become characterised by crime, grime, lawlessness and hopelessness.

As any resident of the City can see on a daily basis, under Makhubo’s tenure the City has gone backwards with much of the progress made by the multi-party government, which I led, having been reversed. Instead, residents have borne the brunt of a decline in key services needed to lead dignified and fulfilled lives. Hopelessness has become the order of the day,said ActionSA President.

Residents have suffered a reduction in extended hours at city clinics; battled with deteriorating road infrastructure; seen a decline in cleaning shifts (particularly in poor communities); suffered under persistent and prolonged power outages; fallen victim to worsening safety and hygiene conditions (especially in the inner city); and witnessed a growing number of hijacked buildings in the heart of Joburg, he added

Equally unsurprising, Makhubo has re-introduced the ANC’s jobs for pals scheme, Jozi@Work, a short-term work programme that failed to benefit the poorest in communities because work opportunities were dished out on the basis of party membership through middlemen, known as Capacity Support Agents (CSA). The ANC and its cronies became rich overnight while many in our communities remained without the dignity of work opportunities, said Mashaba.

Mashaba said during his mayoralty, the multi-party coalition initiated a forensic investigation into the contract with EOH as the City’s IT provider. It was clear to us that this relationship contained irregularities, including alleged over-billing of the City. When the matter was investigated, nearly all IT contracts appear to have been signed by the COO of the City when the City Manager was away.

The investigation identified correspondence between Geoff Makhubo and EOH, which included payments made to Molelwane Consulting, a company wholly owned by Makhubo and his mother. Molelwane Consulting is already notorious for its alleged profiting to the tune of R30 million for services rendered to Regiments Capital. These services were to allegedly manage the relationship for Regiments Capital with the City of Johannesburg, while Makhubo served as the MMC of Finance prior to 2016. It is clear that Makhubo acted as one of South Africa’s greatest political mafia figures.

Twitter
More in this category: « We can’t beat the pandemic if there is no equal access to vaccines - Ramaphosa. ANC KZN Deputy Chair,Mabuyakhulu first to abide by 'step aside' rule. »
back to top